When your Dad is a Magical Educator...

Greetings Everyone!
Below is a quick video of my little girl Reagan and her little brother Grady feeding two of our baby ball pythons.  This is their first time ever getting to help feed the snakes and they were both VERY excited and proud.  We feed our snakes frozen/thawed mice so we don't have to worry about a live mouse who can severely injure a snake while it's being squeezed - especially ball pythons as they are very shy and will let a mouse chew on them without putting up a fight on their end.  They just curl into a ball and sit still - thus why they are called "ball" pythons.

Enjoy the video of the kids and the baby snakes - and notice how fast they strike the mouse when they decide it's time to eat!


Aside from the snakes, my daughter (who is 5) is also the proud owner of 20 superworms (similar to mealworms that are used to feed lizards, etc) which she got from the pet store.  Well, she used to own 20 superworms - now she owns 6 pupae and 14 Darkling Beetles, which are the adult form of superworms.  The 6 pupae should be morphing into beetles soon and then the real fun begins.  In two weeks, mating will have occurred and eggs will be laid.  My daughter is quick to tell anyone she meets about being a superworm breeder, and once she has eggs being hatched she wants to have a store for people to buy mealworms for their pet lizards, tarantula's, scorpions, etc.  We are excited for her as she has been keeping a journal (like a REAL scientist as she says!) with drawings of the different phases and even the life cycle diagram of the superworm.  A GREAT science experiment and experience all around!

Once I get some good shots of the phases I'll post them on here - those pupae look really strange and unusual - like something off of one of the "Aliens" movies. 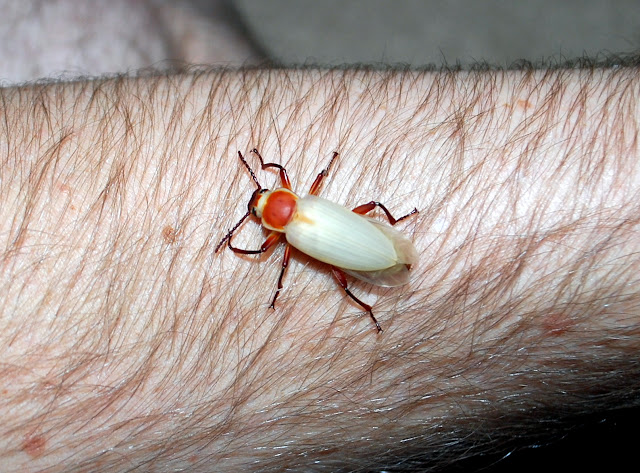 Well, until next time - everyone have a magical day!