Brer Rabbit and Friends and An Article!

Greetings Everyone,
I just finished up my last show before the 4th of July break - although I do hope to have a chance to perform some street magic around Downtown Augusta during the holiday weekend.  I always enjoy breaking out the cups and balls on the streets and making some tips - so if you happen to see me out and about and see my street show - do consider leaving a tip! LOL!  Here's what to look for:

Now then, I had a great time performing today for the fine folks of Eatonton, GA, the home of Brer Rabbit and friends, Joel Chandler Harris, and the Uncle Remus Museum.  I love the mural in the meeting room at the library - one of my favorites!

Along with a good month of shows in June, there were also a few silly moments.  I have now officially had both the tarantula and scorpion roll their respective containers off of my table and onto the floor, at which point they have also both popped open and cracked their containers.  Both times the crowds screamed (kids in delight, grown-ups in terror) and alerted me to the escaping critters, which were both put safely back into their containers and then given upgraded, non-rollable containers for all future shows.

There was also the show at the Friedman Library in Augusta where I had the front row all hold up their finger to fill the bottom of my pan to see that it is empty before producing a snake.  The first child to reach his finger up didn't fill the bottom INSIDE the pan, but instead heard me say, "Feel the bottom" and put his hand on the bottom of the outside of the pan.  Everyone else, who watched him do this, then repeated the same thing so that no one actually felt the inside of the pan at all.  For the rest of the show (I have them do this with 3 separate pans at different times) they continued to always touch the bottom of the outside of each pan.  It was a classic case of "monkey see, monkey do."

There have been some GREAT reactions to the critters, including a few grown-ups who have gotten up and ran out the room - normally at the very beginning with the snake magically appears and then oftentimes a second wave of screams and scooting backwards when the hissing cockroach makes his appearance during the middle of the show.  But overall, I have really enjoyed being able to let the audiences come up and see the animals up close after the show is over - some of the children have never seen many of the critters - especially so up close and personal.  Here's a few photos of children petting the new snake after the show: 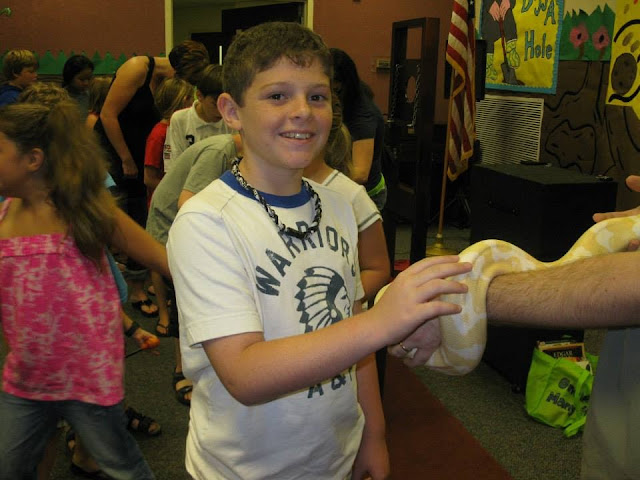 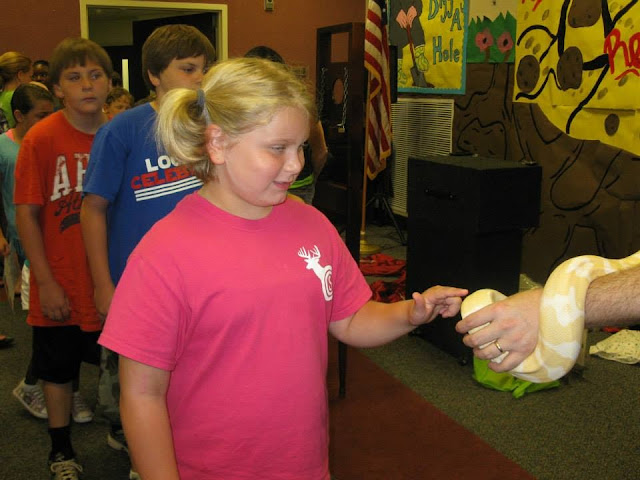 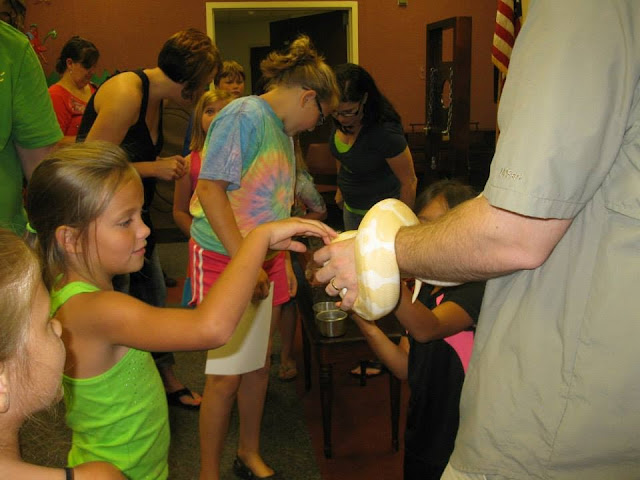 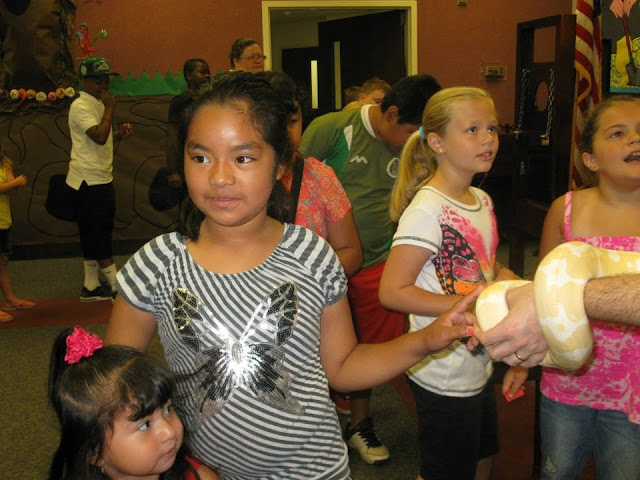 Hope to see many  more folks as the July shows start back up after the holiday weekend!

Happy 4th of July everyone!

P.S.  I almost forgot about the article mentioned in the subject - whoops!  Here's a nice little blub in a local newspaper in Barnwell, SC.  The millipede did a wonderful job posing for the pic! 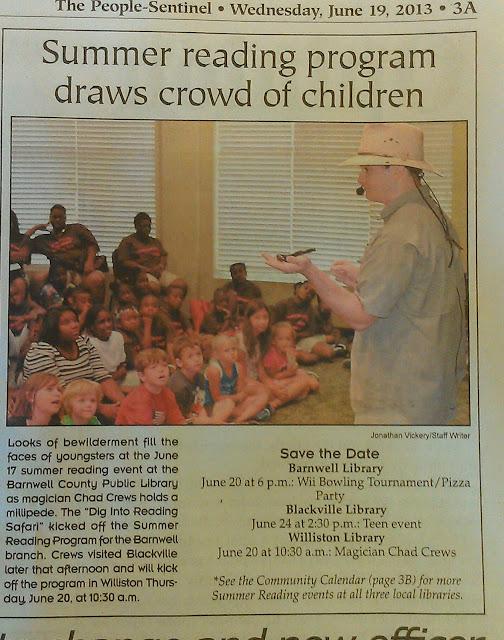