Greetings everyone!
This past Friday the 13th I had the pleasure of performing the new "Nevemore: Tales and Poems of Edgar Allan Poe" for the students and faculty at Huntington Middle.  I spent several days beforehand rehearsing the stories and poems that I dramatically recite during the show, which include "The Raven", "The Tell-Tale Heart", and "Annabel Lee."  Thankfully, there were no brain freezes during the performance and everything went smoothly during the shows.  All four groups were a blast to perform for and they were all outstanding audiences.  I'm also very grateful that my voice held up all day as it is always rough the first few days of shows after a long break.

Here are some comments from the media specialist, Ms. Sheila Holloway:

"Our 6th, 7th, and 8th graders all attended the program, "Nevermore: Tales and Poems of Edgar Allan Poe", and it was awesome!  From the creepy music, to the super-cool costume, to the stage decorations, our students were enthralled from the minute they entered the auditorium.  They were entranced by the storytelling itself and loved the interactive opportunities; even teachers got involved!  We loved the background knowledge about Poe and his stories, and the magic was so cleverly introduced in conjunction with the tales.  I especially loved the accent Chad used when performing "The Tell-Tale Heart."  What a great experience for our student boy.  Thanks, Chad - I say your new show is a big hit!


I couldn't think of any better way to spend Friday the 13th!  Now it's one more week of relaxation before the start of the fall school show season - where this and the other programs will be performed almost every day of the week thru the end of November.  I can't wait!

Posted by Chad Crews at 3:59 PM No comments:

Greetings Everyone!
Only another few days until the first school program for the busy fall season - and it is going to be on Friday the 13th no less!  Once October 1st hits there will be over 135 performances in almost 40 schools for the next two months - and that is just what is on the schedule right now - there are still about 10 days left open (4 in October and 6 or so in November) which are most likely going to be filled within the next few days.

If you are a school and would like a program but are not on the calendar, fear not!  You can have your choice of days the rest of the year - or, if you are really flexible, you may be able to fit into one of the few remaining days during the dark and dreary fall months (my favorite time of the year).

The first two schools of the fall will be hosting my brand new show, "Nevermore: Tales and Poems of Edgar Allan Poe" and to say I am excited about the new program is an understatement - I absolutely cannot wait to perform it for their students!

Several schools are also hosting my second new show of the new school year, the "Once Upon a Time: Grimm's Fairy Tales" program.  This was VERY popular this past May in the schools that I debuted it in and I am looking forward to performing it for a wider audience this fall.  Several schools are also now booking one of my original programs in the fall and this show during the second half of the year - oftentimes one grade level will see one show during my first visit while a second grade level will see the second show during the next visit. 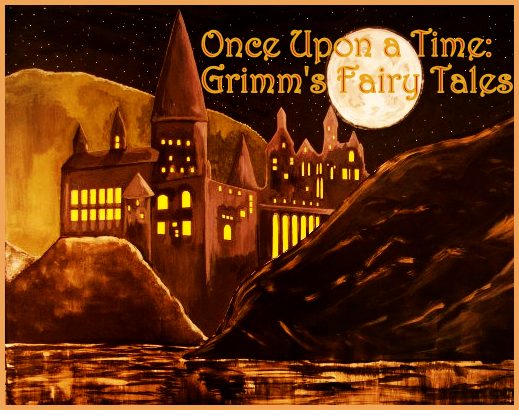 Besides the new shows - a large majority of schools will be having my original "Authors of Mystery and Horror" for their students.  Some schools have seen this show for the past 7-8 years!  After talking this past year with some of the teachers who have seen the show during those many years, I found out that some of them had seen the show 35+ times - and they still watch it and seem to enjoy it just as much as their students!  How cool is that!?!

I am enjoying my last few weeks of downtime after a very busy summer library season (90+ shows during June/July) but I am also looking forward to the long car rides, early mornings, and late nights of the fall season - especially with the new shows!

I hope to see many of you very soon - whether it be with my middle/high programs or my elementary program with all the critters!

Until next time!
Chad

Posted by Chad Crews at 3:18 PM No comments: