Greetings everyone,
It has been a while since I posted a blog on my blogsite. I have been very busy with the summer library season, with almost 90 shows in 2 months! And even more importantly, my wife and I have just had our first baby - a little girl named Reagan, who was born on May 20th. She was a month early and she only weighed 5.1 lbs but she has now doubled in size and is as healthy as could be! 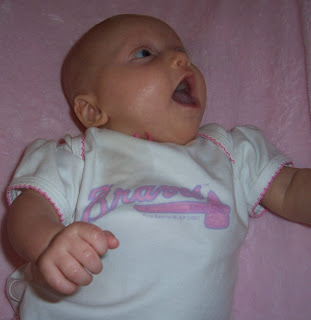 Now I am enjoying being a stay-at-home-dad for a few weeks before the school season really picks up. Reagan and I enjoy dancing to oldies music and other silly things. Having a child is real magic!

Well, to give everyone an update, we are now booked up for the summer of 2008 and are now accepting reservations for the summer of 2009! I have been blessed to be able to do something that I love to do and have gotten lots of great comments from librarians and others who have seen the show - and I have as much fun as the kids do when I'm performing for them! 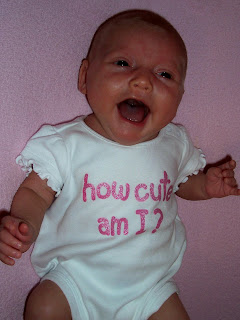 I am already hard at work on next year's show, but I won't spill the beans yet on what will be in it - it should be lots of fun though!
Well, everyone have a great day and check back for more blogs in the near future!
Magically
Chad
Posted by Chad Crews at 11:00 PM