Hello Everyone!  The summer reading tour is in full swing and the show is really starting to come together nicely now that it has been audience tested 27 times at the time of this blog post.  Wednesday's show at the Camden County Library was GREAT as always and it also had a record breaking crowd - some of which showed up an hour early to get a front row (or near the front row!) seat for the magic.

However, there was one memorable twist at the Camden County Library show that no one knew about until now.  When I arrived to set up one of the first things that I always do is open up my critter cage (where the snake appears during the show) and take out all the animals and put them in their places for the show.


Now then, as I opened up said cage and got ready to remove animals, I noticed that the tarantula's container was not only empty, but was also wide open.  The two halves of the round ball he is in were completely apart!

My first thought was that she was probably squished by the snakes who are quite heavy.  However, upon further inspection, I could see something above all the other critters on the back wall of the cage.  Lo and behold it was the tarantula - safe and sound and out of harm's way!!!

Of course there is nothing like looking into a dark space and seeing THIS:

Thankfully she was cooperative and went easily back into her container and the show was able to go on without a hitch!  On a side note, not only did the tarantula get out, but a few days earlier the hissing cockroach had escaped from his container...twice.  Both times he was also found sitting quietly on the wall.  The morning of the tarantula escape both snakes also decided it was time for their monthly bathroom break - so they got new pillow cases between shows - and the new cases are a jungle theme - thanks Wal-mart!!!

Unrelated to this, I was also able to see some great decorations over the past few days - some of which allowed me to do my show without my backdrop as the decor was perfect for the theme and my show.

Over at the Sardis Libary I was able to pick up a free book of what I thought was "Dracula" but upon further inspection was "Dracula" along with several other classic vampire stories by famous authors - including Edgar Allan Poe!  The cost was 25 cents, but, as I mentioned, I was told to take it - which I did!  Along with my book, I also discovered this guy hanging out on one of the shelves - most of you will probably recognize him immediately!

There are so many other things that I could write about just from the last few days, but I'd better end this as I have to get up bright and early to head to shows tomorrow.  I will leave you with a photo of Sarah the tarantula and one of my scorpions - both of whom were glad to be home after being out of town for two days of shows.  They even seemed happy for me to hold them - and didn't appear in any hurry to get off my hand when I was putting them into their cages for some well-deserved downtime.

Until next time - have a magical day!

P.S.  Here's a few photos from the Camden County Library that one of the parents in attendance sent in!  Enjoy! 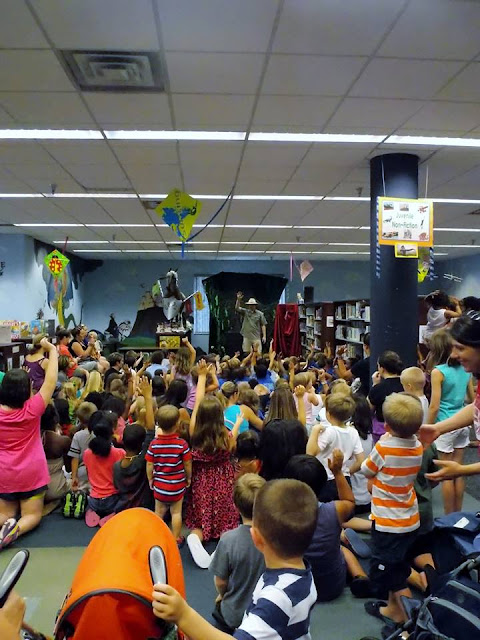 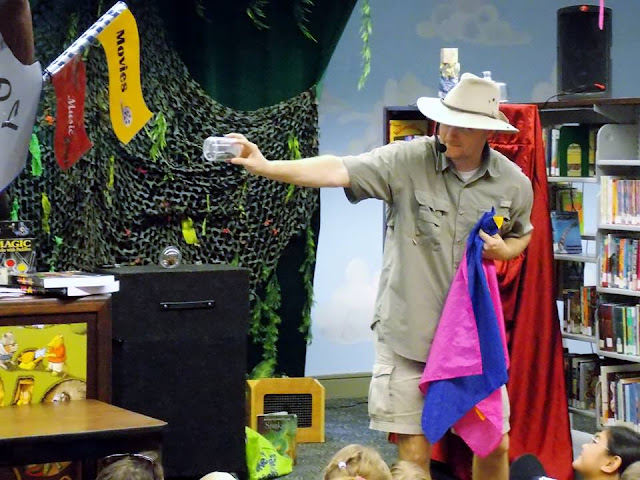 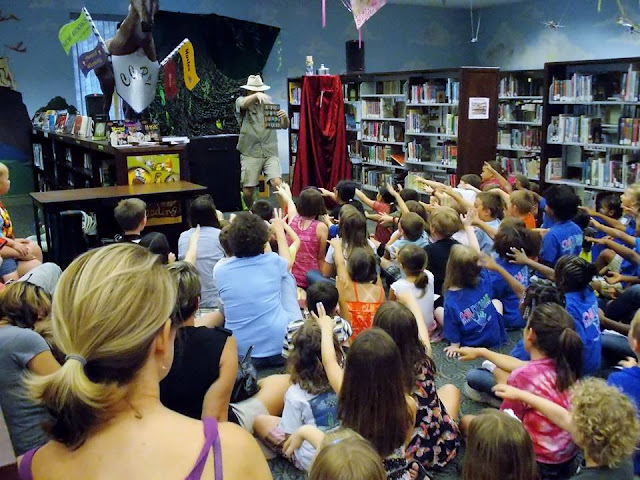 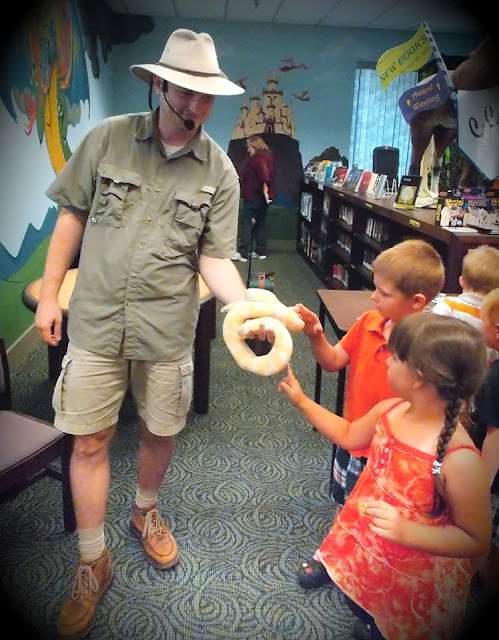