Greetings one and all!
This is it - the blog that a few thousand (literally) students and a number of media specialists and teachers have been waiting for.  Of course, some of them are waiting to see pictures of the brand new baby, while others are waiting to see what Viktor's middle name will be.  Well, the wait is over...almost!

But first, let's describe the day of Viktor's arrival in detail.  My beautiful wife Lindsay had left bright and early in the morning on Wednesday, October 15th to make her way to work in Columbia (a little over an hour away from  home).  I had headed out very early as well on my way to Cumming, GA for shows at Piney Grove Middle in the morning followed by afternoon programs at a school in Hall County.  On the way, I got a message from Lindsay informing me that she was not feeling very well and to keep my phone close throughout the day.  (Lindsay and I had a code - if she texted me it was not an emergency, but if she called during the day a baby may be on the way).  A few schools will remember me stopping the program to check my phone - and one school over in Henry County will remember me actually getting a call from Lindsay and having to call her back due to a lack of signal in the media center - although it ended up being a false alarm at that time.

So, after arriving and performing my first show for Piney Grove's 8th graders, I was waiting for the next group to come into the media center and be seated, when I got a text from Lindsay that read, "When you get a chance, please call me between shows."  Now, knowing the code, this did not cause me any major anxiety as I knew that she would call for an emergency.  However, since I had a minute or two before the show started, I quickly stepped outside the room and called to see what was going on - and it's a good thing I did!  Upon answering the phone, Lindsay said, "Now, I don't want you to rush..." at which point I interrupted and said, "Wait, your water hasn't broken has it?"  Lindsay replied that it had indeed broken and that she had been checked out and we had plenty of time before the baby's arrival.  She then told me to FINISH THE SHOW which was about to start and THEN to come home.  I wasn't so sure, but she assured me that things were progressing slowly...and then proceeded to tell me that she was driving HERSELF TO THE HOSPITAL IN AUGUSTA WHICH IS OVER AN HOUR AWAY FROM HER WORKPLACE IN COLUMBIA!!!  Yep, you read that right - she was driving herself an hour up the road to our local hospital - and there was nothing but interstate and trees between the two places.

So, after more reassurance on her end, I began the show by announcing that my wife's water just broke and we have a baby on the way, BUT I have been given permission by my wife to entertain and educate them for the next 45 minutes before heading home - so they should thank her for being able to see the show and for not having to go back to class right away.  Needless to say it was the fastest 45 minute show ever.

Fast forward 3 hours and I had made it from the Atlanta area to the hospital in Augusta with time to spare - Lindsay's contractions and progress were still just getting started.

At this point we expected to be waiting for several more hours, however, Viktor had other plans for us.  Not too long after this picture was taken, the doctor came and checked things out and noticed that Viktor's umbilical cord was in the wrong place and that the situation could get very dangerous very quickly - so the doctor called for an emergency c-section immediately.  After wheeling Lindsay out the room to the operating room, I waited in full scrubs for the medical staff to decide if I would be allowed to come in or not - it was a very tense time for everyone involved.  Approximately 10 minutes after she was taken back, I was rushed into the room and introduced to a crying and very healthy little baby boy.  Lindsay was still on the operating table being sewn up, but I was given the thumbs up that she did great and would soon be on her way to recovery.  So, before leaving the room I snapped the very first picture of Viktor!
Viktor was doing great so they let me hold him as we took him to the nursery, where I get to press the button that plays music for each baby born at the hospital - always a treat!
A little while later, Lindsay came out of recovery and was able to meet Viktor for the first time - always a very special moment!
Mommy and baby are doing great and will be at the hospital until Saturday.  The kids all got to see Vicktor as well, and Reagan and Grady took turns holding him while Toby (our almost 2 year old) mainly ignored him and played with balloons.  We even managed to get a nice pic of mom and all the kiddos:
But enough of all that!  We all know why you have read this far - to find out what Viktor's middle name is!!!  I have literally told thousands of students the story of Viktor's possible middle name and how it was selected, and I have also been given various other suggestions by students and teachers at my shows, such as Viktor Poe, Viktor Dracula, Viktor Van Helsing, etc.  Of course, you will all also remember that Toby's full name is Tobias Kane Crews - named after the wrestler Kane from our anniversary trip to Wrestlemania (10 year anniversary trip!).  So, did we go with the Underworld movie connection between the vampire "Viktor" and the werewolf "Lucian" so that we could say to the kids when they were playing hide and seek, "Tobias Kane, go and find Viktor Lucian!"?   Or did we go with more of a traditional or family type of name that would be most respectable, but not quite as epic as a vampire and werewolf combination.

So, without further ado, it is with great pleasure and pride that I introduce everyone to the 6 lb 11oz, 20.5 inches long, and newest member of the Crews Family... 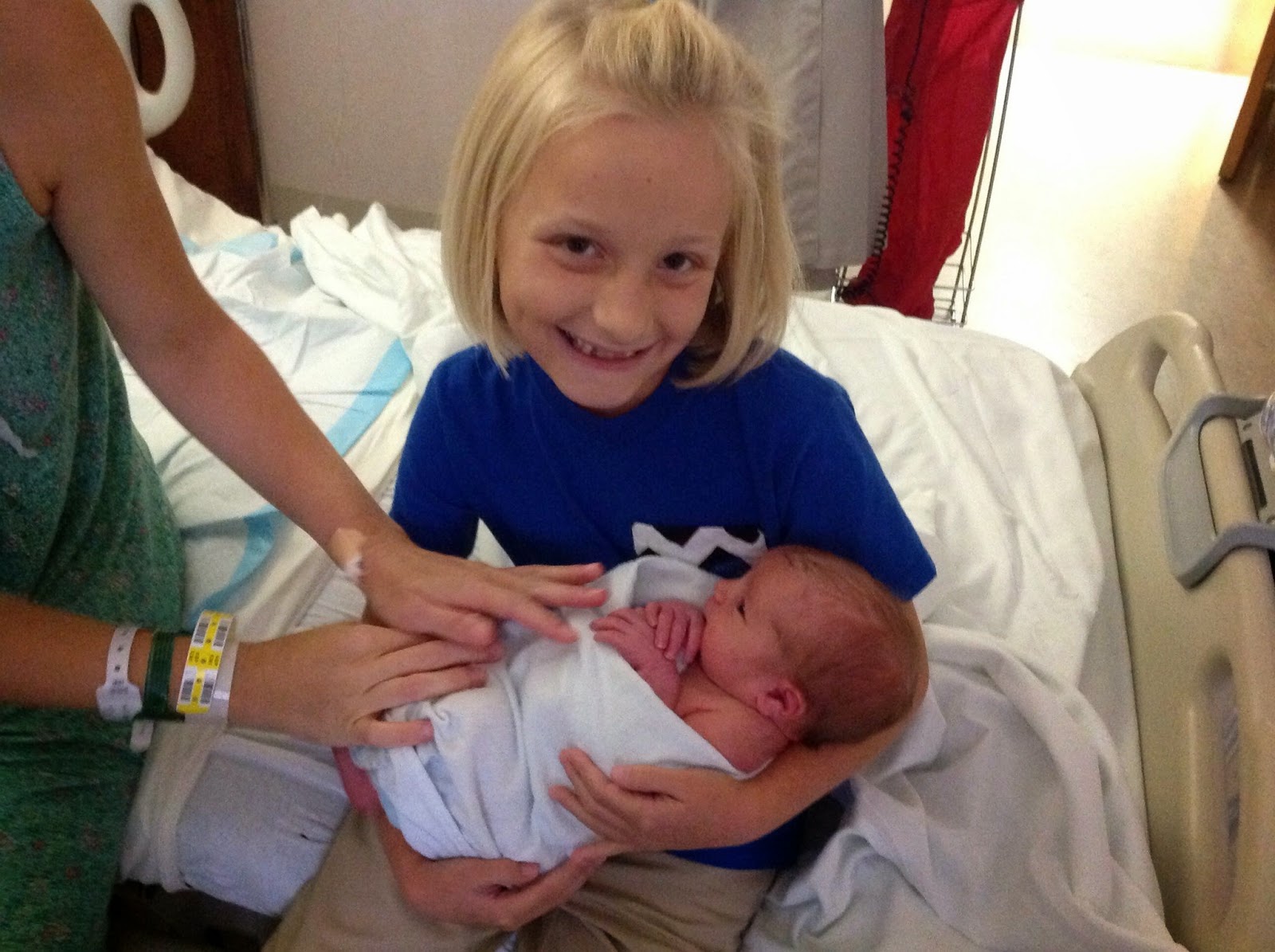 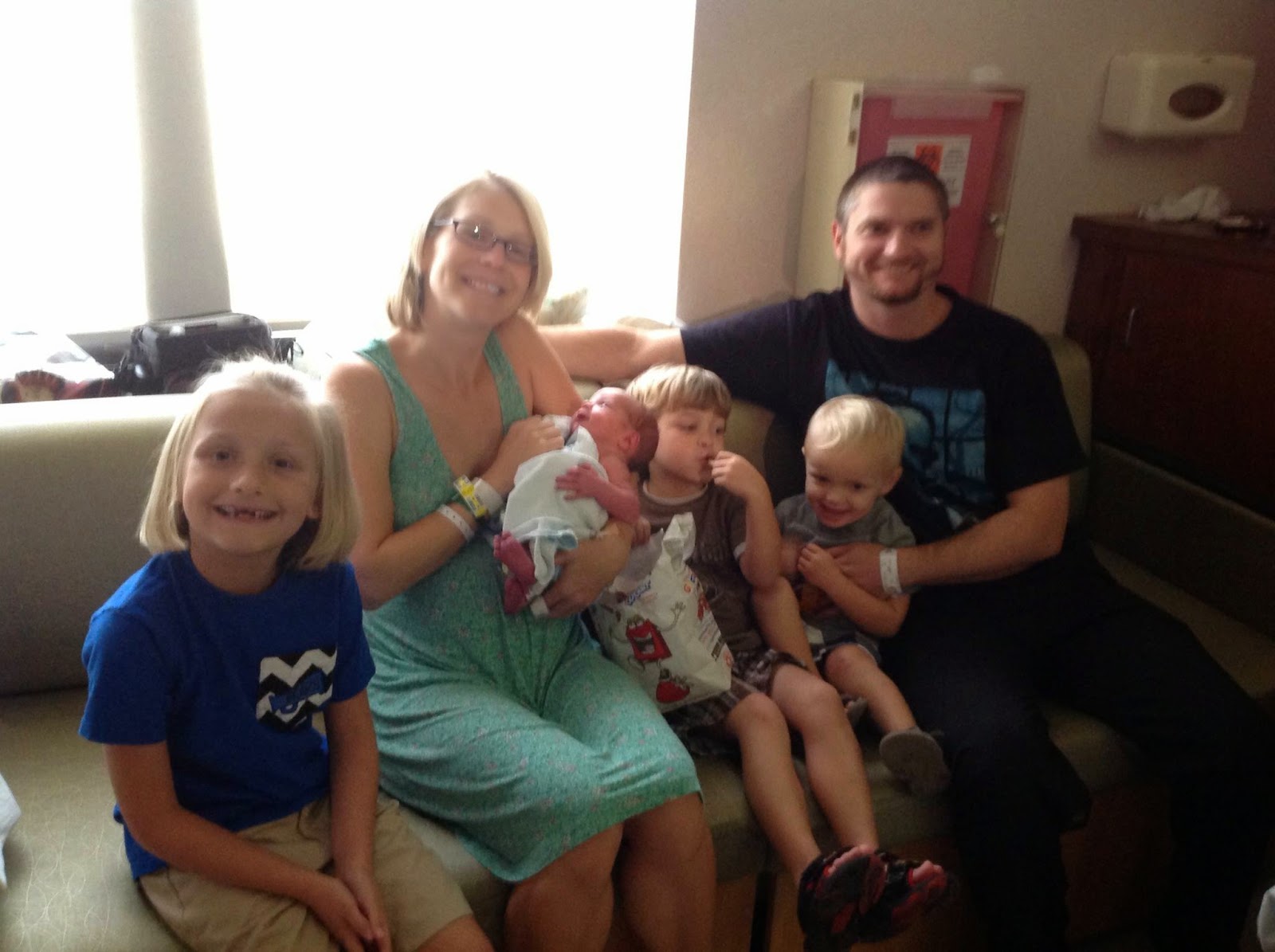 And there you have it my friends!  I hope you have enjoyed reading about our newest family member.  I know that I have enjoyed sharing the story of his name during our Q/A sessions after my shows - and I look forward to seeing everyone else during the next few weeks.

Have a great day and God bless!

Now then, here are some more details on the naming of Viktor Lucian.  When Lindsay found out it was a boy, she wanted to name him Victor.  I immediately thought of Victor Frankenstein due to mentioning him in my main program for middle/high schools.  However, I also thought it would be very cool to have the named spelled with a "k" instead of a "c" as that would be more unique.  When I mentioned this to Lindsay, she looked it up and thought it was a cool way to spell it so it was decided on "Viktor" for the first name.

At the same time we had this conversation, we were watching one of the Underworld movies (the first being my favorite vampire vs. werewolf movie of all time) and I randomly mentioned that Viktor was also the name of the bad guy vampire leader in the movie.  Once Lindsay realized that Viktor was a character from Underworld, she immediately began searching on her phone for the rest of the characters names.  She actually like the name "Kraven" (another bad guy vampire) except that it meant coward, which was unacceptable.  However, she then noticed that the main werewolf was named "Lucian" and thought it had a nice ring to it - and I agreed.  So, with the combination of Viktor and Lucian being considered, one can probably guess that yours truly was estatic with the possibilty of such a name of awesome epicness. (Dear spell check - I don't care what you say, "epicness" is a word and it is spelled correctly).  While we discussed a few other names, such as Viktor Merlin or Viktor King or Viktor Dracula or Viktor Frankenstein (ok, maybe only I discussed the last two examples...), none were as cool as the original combination.
Now, while Viktor Lucian has shown no traits of being a vampire - he seems to prefer milk to blood - he has shown a few interesting werewolf type characteristics.  The main one being the large amounts of hair growing, not only on his head (all his siblings were bald) but also on his back, arms, and shoulders.  Don't believe me?  Just take a look: After performing at some local schools today (Friday) while Lindsay and Viktor had some bonding time at the hospital, I then headed back to said hospital with carrot cake, a lemonade from Chik-Fil-A, and the full Victorian Steampunk Suit of Awesomeness.  I got a LOT of stares from folks in the parking deck, hospital waiting rooms, and staff members, but the real reason I wore the outfit was to have a brief photo shoot with the child Viktor Lucian.  I had one that turned out really well (and a few of him in a top hat that he was none to pleased with, so we won't be showing that...yet): Ok, that is all for the updates at this time - another busy day, late night, and now time to crash and hopefully bring Viktor and mommy home tomorrow (Saturday).